Persistent and acrobatic, squirrels might seem cute and fuzzy when they’re playing in your yard, but they’re anything but cute when camping out in your attic. Five-a.m. acorn-rolling contest anyone? What can be done about these playful nuisances?

NJ Squirrel Control Isn’t Easy
Squirrels can be aggressive, particularly when defending their young. They’ve been known to remove the tips of people’s fingers when their “territory” (your home) is challenged.

Squirrels typically squeeze in at the roofline of your home to nest between the attic floor and ceiling. They can bring in fleas and ticks, yard debris, and worse yet – chew their way through vinyl siding, hardware cloth, chicken wire, beams, insulation, and eventually your electrical wires. The latter could lead to a fire.

De-Squirreling Strategies
There are several different ways to remove these rascally rodents from your attic, including one-way door-type tubes with a flapper that allows exit but no re-entry, and single or multi-catch squirrel traps. As it is illegal to release captured squirrels onto public or private land without a permit, the latter method typically involves euthanasia.

After the animals have been moved out, however, the battle is not yet over. All potential entry points must be tightly sealed with not just plywood, but heavy-duty aluminum flashing or steel mesh.

Urban Wildlife Moving In?
Let the NJ squirrel control experts at Stern Environmental help you show them the door. Contact us today.

Bees and wasps seem to be just another part of the backdrop during the summer months. However, for business owners, they can cause a lot of problems. If you’re a business owner, NJ bee and wasp control can help you avoid a lawsuit and stay out of court this summer.

A bee or wasp infestation can be what nightmares are made of for property owners. In one case, a swarm of bees attacked a property resident. They were unprovoked.

A bee hive was later found behind a wall of an empty apartment by maintenance workers. Before it was able to be safely removed, honey dripped through the ceiling and caused a man to slip and fall down a staircase. His injuries were extensive and he required surgery.

This doesn’t have to happen to you.

Many people are allergic to bee and wasp stings. It’s possible to be allergic and not realize it. Each year, many people are stung, and they suffer serious medical consequences as a result. Severe itching, swelling and even death have been known to occur.

NJ bee and wasp control can help you protect your business. It’s smart to get regular inspections of your property. If a problem is found, you can take care of it right away and avoid any legal action.

Squirrels can be a real menace. If they get into your attic or the walls of your home, they can cause untold damage.

However, you may not realize just how hostile they can become. According to a recent news article, a train operator in New York City was bitten by a squirrel. That is a serious problem, and it certainly calls for strict and efficient NYC squirrel control measures.

The Story of the Squirrel Bite

The article states that the train employee was on a staircase at the Woodlawn 4 station in the Bronx when the bite happened. There were several squirrels in the area, and she tried to shoo them away. One of them became aggressive and bit her on the finger.

The employee was taken to a local hospital to be treated, but there was no news on the outcome.

Are NYC Squirrels Always This Aggressive?

For the most part, no. Although there have been stories about squirrels attacking people, they usually keep to themselves. They eat the food that humans throw their way, and they scurry away from danger. However, as more stories surface on squirrel bites, it’s possible that they’re becoming more aggressive.

NYC squirrel control is available for you through Stern Environmental. If you have a squirrel problem in your home, it’s important to take quick action. You can avoid an attack and also protect your belongings. Contact us today. 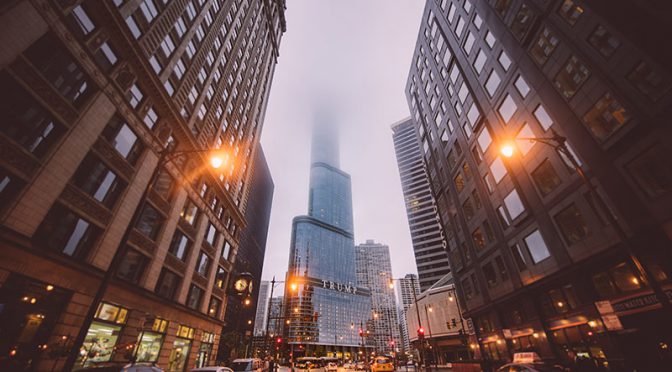 With structure upon structure filling NYC, resting atop a vast subterranean underground, the Big Apple’s construction projects create a veritable NYC pest control nightmare. Now holding the dubious distinction as the sole city on the U.S. top 10 lists for both rodent and cockroach infestations, the Big Apple now ranks 3rd and 10th, respectively, with 15.6% of households reporting the pests.

Sad, But Actually – An Improvement
The recent U.S. Census Bureau study on housing quality nationwide unearthed that although the numbers aren’t great, and the city ranked high on both lists in 2015, they are actually better than the 2013 census statistics, where 19% of homes reported rodents and 17% reported cockroaches, pointing to efforts by the NYC Health Department to reduce the unwelcome critters.

What Gives?
The city’s climate, population density, and the age of buildings are the primary reasons for the pest population. Unlike the South, where roaches prevail, Northern cities from NYC to Boston and Philadelphia have a higher presence of vermin in homes, with plenty of places for the rodents to hide and survive, including subway and sewer systems. According to New York City Department of Health and Mental Hygiene assistant press secretary Julien Martinez, however, “The Health Department has devoted unprecedented funds and staff to target rodents in homes and neighborhoods.”

One individual has just died from Leptospirosis in the Bronx. This is an infection that’s caused by coming into contact with rat urine.

Considering the fact that there are so many rats in New York City, it’s understandable that many people are fearful. They’re not only concerned about themselves, they’re also concerned about their pets – specifically their dogs. For dog owners, NYC rodent control is an absolute must.

One Unconfirmed Canine Death in NYC

There has been one unconfirmed canine death due to Leptospirosis in the Bronx. Veterinarians say that the condition is rare, and they usually only see a few cases a year. In this particular case, the dog was said to have received a vaccine for the infection, but still died from it.

Protecting Your Dog From Leptospirosis

Dog rescue groups are urging dog owners to protect their dogs from this infection. Any dog that spends a lot of time outside should receive the vaccine.

Rats often urinate in soil, in puddles, and even in lakes and ponds. Any of these can quickly become contaminated, making it easy for dogs to contract Leptospirosis. Once they have it, they can easily pass it on to their human owners.

At Stern Environmental, we know the importance of NYC rodent control. Our goal is to protect you and your best friend as much as possible. If you have a rat problem, we can help. Contact us.