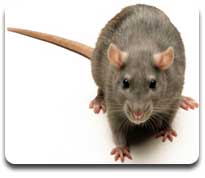 The Pennsylvania state Capitol cafeteria was closed down back in December due to a huge rodent infestation and many other health code violations.  It’s hard to imagine that the cafeteria employees did not notice that they had a serious rodent infestation problem on their hands.  The violations reported say that rodent droppings were “too numerous to count” and found on food preparation areas, food storage areas, utensil bins, surfaces of slicers and mixers, “clean” tablecloths and aprons, and at the hot buffet line.  It has also been reported that despite a state law requiring annual inspections of licensed food service establishments, the Capitol cafeteria has not been inspected since 2005!

The cafeteria re-opened its doors on January 4th, but customers are not so keen on returning just yet.  Who can blame them really!  Pennsylvania Governor, Rendell even had lunch at the facility recently attempting to lure the customers back.

Businesses should always stay on top of any rat or mice infestation.  At the first sign of these pesky critters, they should call a pest control specialist who knows how to get rid of rats and mice.  No company would want to be known for having a rodent infestation. It’s bad for business!  Stern Environmental Group provides service to Secaucus, New Jersey, the Greater New York City Metro and Connecticut Regions.