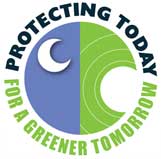 It’s important for anyone who applies pesticides to be licensed by the state that they are working in so that officials can make certain that the proper chemicals are used at all times, in the correct scenarios that they are intended for.  When used improperly, people are at risk of becoming ill, and in some instances, even death can occur from over-exposure to poisonous chemicals.

A Massachusetts man, who was running a pest control company, was recently arrested by federal authorities for using agricultural chemicals for bed bug infestation treatments.  As you all know, bed bugs are found on the inside of homes and business establishments; and this is where the man is accused of spraying the toxic chemicals.  People who have experienced his lack of expertise say that he did a poor extermination job when he visited their homes.  Not only did he leave an apartment uninhabitable due to over-spaying, he also sprayed a baby’s crib with the potentially harmful chemicals that he used!

Upon further discovery of Josimar Ferreira’s alleged crime, federal authorities have also announced that he has not been able to pass the certification test to even be in the pest control industry.  Ferreira, is a Brazilian national and is not in America legally.