When squirrels invade your attic or any other place in your home, you have a major problem on your hands say New Jersey pest control professionals.  Squirrels may look cute and cuddly with their fluffy tails, pointy nose, and long eyelashes, but in reality, they are a troublesome pest once they decide that your home is good enough to be their home.

Preventing a squirrel invasion in our New Jersey home can be a difficult task.  Squirrels are cleaver critters that use low lying branches from trees to gain access to the roof.  Once on the roof, squirrels will often gain access to the attic by entering through a breach in the attic vent area.  They have even been known to use their strong claws or teeth to break attic vents to gain access.  Squirrels, being the nimble creatures that they are, can easily travel along the gutters and swing their body around under the eve of a home and slip inside under the soffits.  Once they have gained access to your home, that’s when the real trouble begins.

Squirrels choose human habitats for the same reasons that people do…food sources, water, and shelter from the weather.  Once they find a suitable location, they will not leave on their own accord.  In fact, squirrels will continue to return to their nesting location year after year once the nesting site has been established.

Evicting squirrels from your home is not an easy process.  Cornered wild animals feel threatened and will not hesitate to bite and scratch, putting homeowners at great risk.  Stern Environmental Group understands the importance of removing these nuisance pests from a home or business quickly so we offer 24 hour emergency squirrel removal services. 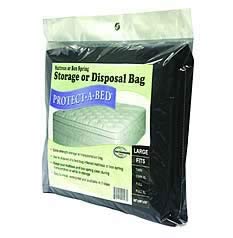 It was about the time that we were toddlers being told “no” by our mothers that it became apparent that we must try, if not just by a smidge, to thwart the proverbial rules that were being doled out.  Most people tend to outgrow the rule-breaking stage out of fear for the consequences that could occur.  Some people instead choose to break the rules and take their chances of not being caught.

Because of the wide-spread bed bug problem that has gripped the entire New York City area for the past several years, legislation was enacted that requires that any mattress, box spring, or sofa being placed curbside to be completely wrapped in plastic and sealed tight prior to the Department of Sanitation picking up said furniture pieces.  Even discarded bedding ensembles must be sealed in the same manner.

According to the article reported in the Gazette on February 15, 2012, New York City’s Department of Sanitation Inspectors mean business when comes to stopping the spread of bloodsucking bed bugs from place to place.

The article states that Department of Sanitation inspectors have issued 5,345 violations so far this year.  Landlords, superintendents, and homeowners who choose to not follow the new guidelines have been, and will be, smacked with a $100 fine for failing to properly seal their furniture before putting it curbside.

The Department of Sanitation Commissioner, John Doherty said “By strictly enforcing this rule, we are safeguarding our workers and helping to mitigate the spread of bed bugs.”  Absolutely!

Stern Environmental Group has mattress disposal bags that are specifically designed to seal any existing bed bugs in so that you can safely transport any mattress curbside without the worry of dropping bed bugs throughout your home.

You can find the mattress disposal bags by Protect-A-Bed at Stern Environmental Group.

Bed bugs are a worldwide scourge report New York and New Jersey pest control professionals.   It does not matter where you live or where you frequent, bed bugs can be joining you along the way.  A restaurant in Hawaii, a ritzy hotel in New York City, an apartment complex in upstate New York, public schools across the United States, and college dorms are the latest to report the bloodsuckers making their presence known.

Bed Bug Blue is a fecal spot testing device that will detect if bed bugs are present.  This promising detection device will help hotels, motels, airlines, and all types of businesses be able to immediately tell if the spots they find are indeed from bed bugs and not other types of pests.  The testing process is fast and easy.  Using a special solution and special paper, a simple swab on the paper will turn blue when blood is present in the fecal matter.  Consumers will also benefit from this new product as they will immediately know if bed bugs, or another type of blood consuming insect, are present in their home.  Take a look at this video to see how this cool product works!

Watch for an announcement from Stern Environmental Group when this innovative product is available for pest control professionals and consumers. 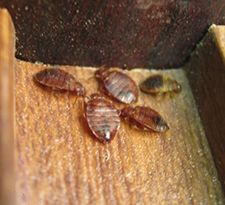 The dog handlers have said that they do attempt to use a second dog when the first dog is a positive hit for bed bugs.  They have not however taken the time to do a visual inspection for the bed bugs themselves, which is recommended whenever possible.  What makes the UNL bed bug problem different is that other college campuses that have had bed bugs only have had infestations in five dorm rooms.  Having a college with 94 infested dorm rooms (and counting) is astronomical by comparison!  There are 3,256 dorm rooms on the entire campus. As the numbers are averaging out now, there will be on average 376 dorm rooms that will be infested.

The University’s position on the bed bug outbreak is amazing.  A spokeswoman said that despite the false positives “the responsible thing to do is to treat the room anyway,”  Bartling said. “What’s the alternative? Nobody wants anybody to get bedbug bites.  The strategy is to get ahead of them and identify them before they start biting.”  You may read the article here.

The University has vowed to search each of the campus housing units for bed bugs.  Reports are that they are a quarter of a way through their search.  It will be interesting to see how many rooms end up being infested with bed bugs.

Update:  Additional information just reported…there are now 124 dorm rooms that have positive hits for bed bugs by the bed bug sniffing dogs at the campus! 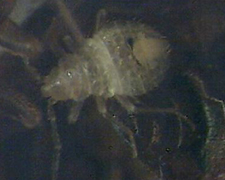 The battle against bed bugs has been in full force since students returned to the University from winter break.  First believing that the students must have brought the bed bugs back to campus with them, the University of Nebraska-Lincoln does not likely think that is the case any longer because of how wide-spread their bed bug problem is on campus.

The latest numbers being reported by Inside Higher Ed on February 20, 2012, reveals that the University of Nebraska has 94 dorm rooms with bed bugs hiding inside.  The cost of eradicating the bloodsuckers continues to rise with each passing minute.  Reports are that to date the University has spent more than $150,000 on eradication procedures.

The University has engaged the services of five bed bug sniffing dogs, four of which had to be brought in from other states because there is only one bed bug sniffer dog in the Lincoln, Nebraska area.  Each dog costs the school between $800-900 each day.  The University is reporting that the dogs have only been through about one fourth of the school to date.  The treatment of each bed bug infested room costs the University $1000 in addition to the cost of the dog.  You may read the article here.

Some pest control experts are questioning the results of the bed bug sniffing dogs that are being used at the University.  Jeffrey White is a renowned Entomologist and Technical Director of BedBug Central.  He was just recently hired to showcase his expertise about pests on the Animal Planet cable television show “Infested” as well.  NonpareilOnline.com reported on February 20, 2012, that Jeffrey White is questioning the accuracy and results of the bed bug sniffing dogs that have been used at the University.  He is concerned that the dogs are giving “false positives.”

Please check back on Wednesday for the conclusion.