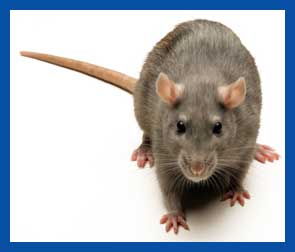 As if regular rats weren’t enough, imagine gross, hairy, dirty rats the size of dogs and they are being found in New Jersey of all places! As odd and even scary as this may sound, these horror-story creatures do, in fact, exist. This furry fiend is called the nutria, and, currently, it’s making its home in the Garden State, New Jersey.

Originally from South America, this 12-20 lb. rodent, somewhat resembling a beaver, is capable of living in water and on land. It is found mostly in Latin America and in the states of Louisiana and Mississippi. Female nutrias can be pregnant with three litters a year, and they are able to get pregnant again within a day of giving birth. However, these creatures aren’t too scary… At least, they won’t eat you. The nutrias are plant eaters. They can devour twenty-five percent of their body weight, every day!

In the nineteenth century and first half of the twentieth century, nutrias were actually bred for their fine furs. As this trend of nutria farming spread throughout the South and along the Gulf Coast area, the population of these rodents grew and grew. This wouldn’t be such a problem if they weren’t considered to be one of the most damaging creatures to happen upon the marshlands. In just the past half-century, they’ve devoured about 7,000 acres of salt marsh. They’ve been making their way up the Eastern Seaboard, throughout Maryland and Delaware. Maryland is taking firm action to keep the population of nutrias to a low and to protect our waters and marsh life.